By now I had 2 days with Huawei’s new flagship, the Honor 6. Well, non-technically speaking Huawei’s actual flagship phone is supposed to be the Ascend P7 which was launched with much fanfare just a few months go. But for those of us who look beyond the marketing one will see that the real star of Huawei’s lineup is clearly the Honor 6

This article is not a comprehensive review and no science has been applied in compiling it. These are purely my very subjective views and impression of using the phone. However if you want me to cover a particular aspect of the phone please leave a comment and I will do my best to cover it in another post.

The first thing I did with the device was to unlock the boot loader and root it. Then I removed as many of Huawei’s pre-installed apps that are Chinese as possible. This included the App Center, various Chinese messaging clients and even Huawei’s keyboard. Then I installed the Google Play services and all of my mandatory software. The entire process worked flawlessly.

One things that very important to me with a phone is the in-hand feel. Is it weighty enough, well-balanced when resting one hand and am I just simply holding the device and swiping with my thumb. The Huawei Honor 6 (HH6) is a bit of a mixed bag in that regard.

The Not So Good:

Being a 5″, 1080p screen the HH6 sports 441ppi which is plenty sharp for any normal person’s eyes. I am using the screen with auto-brightness settings at 50% brightness and it’s plenty bright and plenty colourful for me. I am not a geek for color accuracy and vivid vs natural color tones don’t really bother me, as long as the screen is bright and sharp. And on those accounts the HH6 delivers.

This guy is a beast. I have reported on the AnTuTu benchmarks scores on a previous article (see here). And in real life usage the phone is as snappy as they come. I just find that the transition speed of Huawei’s Emotion UI isn’t fast enough. While this isn’t lag or performance issues with the device, it’s just the designed user experience of the skin. I hope that Huawei will improve the transition speed in future updates.

Huawei has bundled the device with some interesting software. The full version of Swype comes pre-installed and called “Swype for Huawei”.

Huawei bundles their phones with a number of permission and power management applications. The Permission Manager allows you to individually set each Apps permission to access and modify contacts, SMS/MMS, call log, calendar, location info, phone ID, contacts, call log entries, camera, make calls, record audio, mobile data, WLAN and Bluetooth. This is a great feature that frankly any phone should be bundled with to ensure that you can take control of your device.

The Startup Manager allows you to control which Apps can run after startup of the device.

The Protected App Manager controls which Apps can continue to run when the screen is turned off.

A Phone Manager is a suite of features from a virus scanner, memory cleanup tool, storage cleaner and more handy features.

I will post some more impressions as time goes by. And if you want to know any specifics of the device just comment below and I will try to cover it in another post.

As mentioned in the article here is a comparison of the real bezels of the device versus the bezels displayed on Huawei’s website Vmall.com. 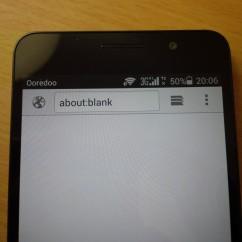